Founders of the international “New Beginning”

Program, and its scientific basis.

Dr. Sang Lee, MD is a prolific writer and internationally known allergist from his practice in the USA. He is the founder of the “New Life Institute” and a leading physician of the internationally distributed “New Start” program, as well as being a well-known television personality in his native South-Korea. He is known to both his Korean as well as American audiences as the “endorphin doctor” for his focus on this well-being hormone. He has lectured to Korean television audiences in programs later rebroadcast on large networks, such as the KBS and SBS.
Dr. Lee has presented his seminars and workshops in numerous countries, including the USA, Germany, Australia, Poland, Brazil, etc. His uplifting and enjoyable lectures, at the same time very informative, do not fail to captivate audiences of all ages and nationalities.

From the moment Dr. Lee begins lecturing, the public is charmed by his personal style of presentation of material based on solid scientific research. 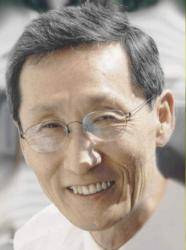